The proposed Cleve Hill Solar Park is a development to build an industrialised solar power station on our beautiful coastal countryside. The application was submitted to the government’s national Planning Inspectorate on 16th November 2018. But it’s not a done deal – this still has to go through a very detailed national planning examination, and you can be involved.

Why oppose a solar park?

We all agree that solar is a better source of energy than things like coal, oil, gas and nuclear. So you may wonder why we are opposed to this development? Surely it is good for the environment and should just happen? Here are our key objections: 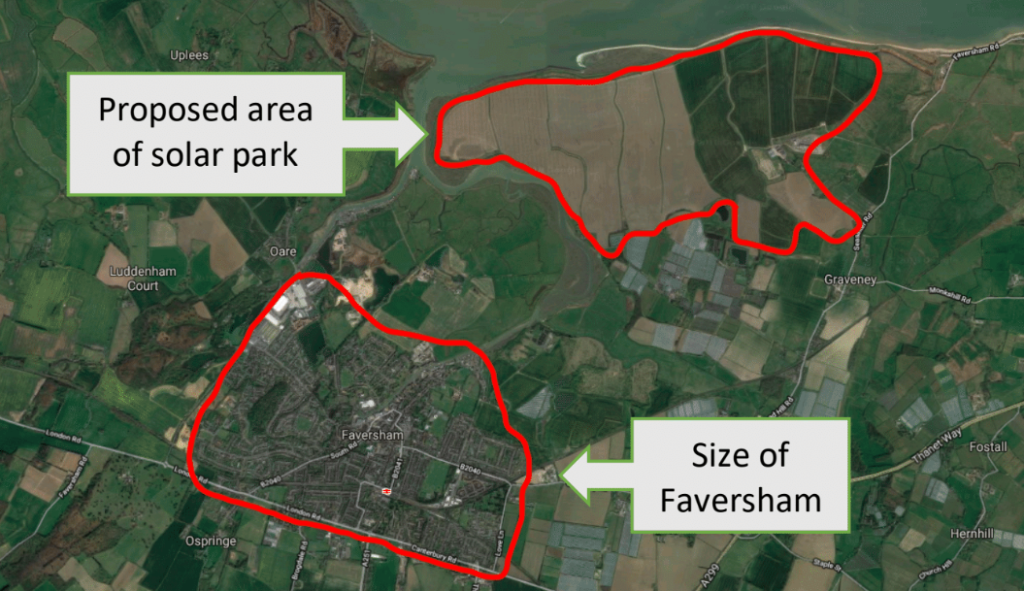 The area proposal is hugely important for wildlife

It will destroy a much valued landscape

It’s in the wrong place

It’s the wrong type of development

i The phrase ‘valued landscape’ was introduced in March 2012 with the publication of the National Planning Policy Framework (NPPF) which refers to “protecting and enhancing valued landscapes”.

ii According to Kent Wildlife Trust, the proposed area of development is ‘functionally linked’ to these designated areas, and its loss may have an impact on the species in question.”

iii The Environment Agency’s stated long terms plans are to restore the area to coastal marshes to help prevent flooding of the local towns. Campaigners point out that the Cleve Hill Solar Park’s plans, which involve maintaining the sea wall, conflict with these plans. “They’re taking on the role of the Environment Agency. This is not something Cleve Hill should be doing. They’re not experts in flood defences, the Environment Agency is and we don’t really want to put our security into the hands of an organisation that is about destroying nature.” says Michael Wilcox, Chair of Graveney Rural Environment Action Group.