Battery life: the race to find a storage solution for a green energy future

Battery life: the race to find a storage solution for a green energy future 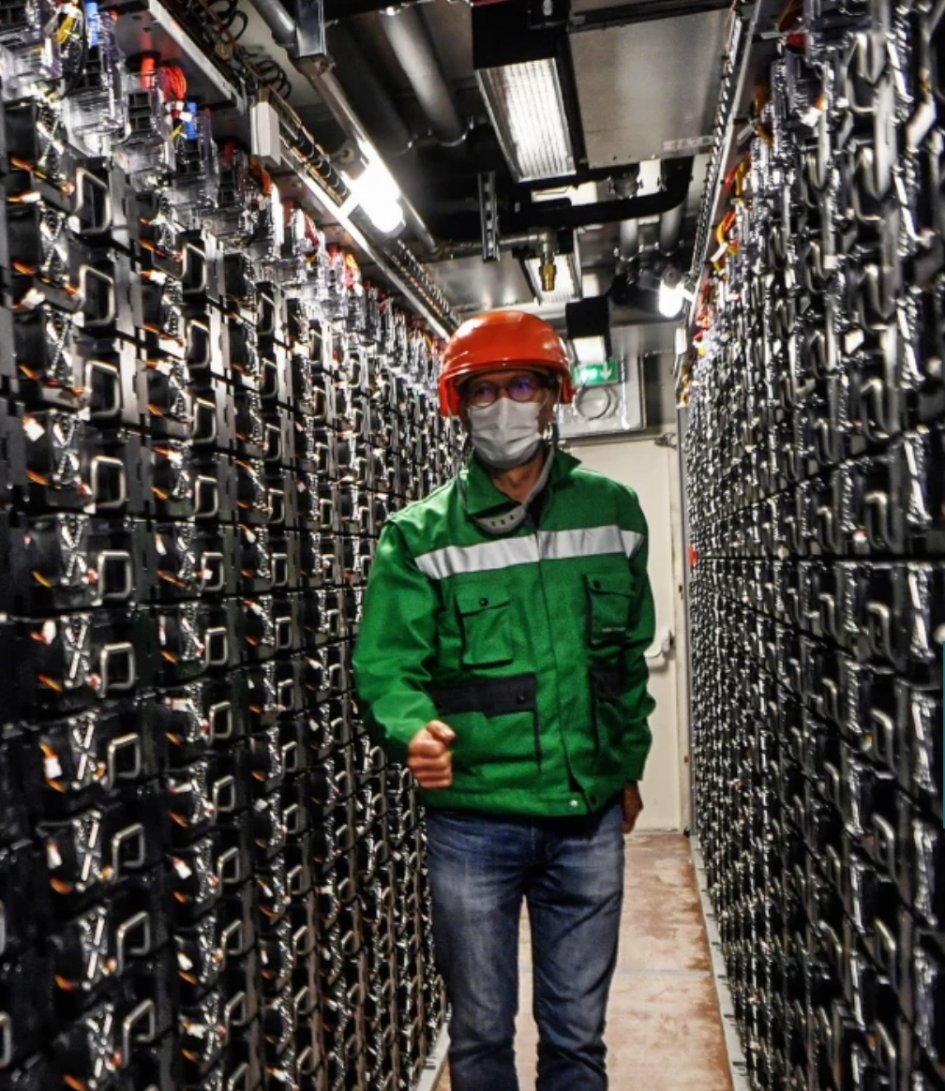 From a windswept sea wall on England’s north Kent coast, Marie King points to miles of empty marshy farmland where there will soon be thousands of solar panels and one of the country’s largest battery installations.

A mile from the village of Graveney’s Norman church, hundreds of shipping containers full of battery cells will help deliver power to the UK grid. It will provide a service essential to managing the increasing use of wind and solar power, the supply of which fluctuates with the weather, and delivering on politicians’ promises of a greener future.

“It’s the scale of this project that worries me,” says Ms King, a retiree who used to work in financial services in London. “We’re not against renewable energy — we just think it needs to be in the right place.”

Such battery plants are set to become a familiar sight across the UK and elsewhere. Renewables such as wind and solar are becoming cheaper than fossil fuels in most parts of the world, but they need storage to be a viable, stable source of energy. Last week, UK prime minister Boris Johnson vowed to install enough wind turbines to power every home by 2030, but that will require solutions to manage the intermittent supply of energy.

That is where batteries – devices which store electricity as chemical energy – fit in. Lithium-ion batteries, used in mobile phones and Tesla electric cars, are currently the dominant storage technology and are being installed from California to Australia, and most likely Kent, to help electricity grids manage surging supplies of renewable energy. Elon Musk, Tesla’s chief executive, has said he expects the company’s energy business — including the supply of solar and huge lithium-ion batteries for the grid — to be as big as its car business in the long term.

But along with lithium-ion batteries, cheaper, longer-duration storage technologies — most of which are not yet cost-effective — will be required to fully replace fossil-fuelled power plants and allow for the 100 per cent use of renewable energy. At the moment, gas-fired power plants bridge the gap from renewables to provide stable supplies of energy for longer than current batteries can.

Part of the UK government’s green industrial revolution launched last week is a £1bn energy innovation fund to help commercialise new low-carbon technologies. These include a liquid air battery being built by Highview Power outside Manchester.

From battery technologies that use abundant raw materials to volcanic rocks, tanks full of liquid air and systems that lower weights down abandoned mine shafts, companies are racing to develop the next breakthrough that will unlock large-scale renewable energy by mid-century. It’s a quest backed by several prominent business leaders, including Microsoft founder Bill Gates and SoftBank’s Masayoshi Son.

“If we want full decarbonisation then all these technologies will be required,” says Rory McCarthy, an analyst at energy consultancy Wood Mackenzie. “But the scale of investment you need to make a dent on anything is billions of dollars.”

A supply chain ‘with zero inventory’

Every day electricity grids must constantly match supply with demand — a feat that becomes much harder when you strip out coal and gas-fired plants that provide a reliable, steady supply of energy. Donald Sadoway, a Canadian chemistry professor at the Massachusetts Institute of Technology, likens the grid to the “world’s largest supply chain, with zero inventory”.

In the first quarter, renewables provided a record 47 per cent of the UK’s electricity. Yet that success created a problem just weeks later when energy demand fell by as much as 20 per cent after the first national coronavirus lockdown in March. The National Grid’s job becomes more difficult when electricity generation from renewables reaches about 50 per cent of the total — it needs the help of big spinning turbines of fossil fuel plants to moderate volatility in the system.

With demand falling it meant the renewables share of the energy mix went above half and the engineers at the National Grid control centre were forced to perform a delicate balancing act, part of which involved increasing the use of storage.

It proved to be a test case for how the grid will look in the future, when there is a greater share of renewable energy, says Peter Kavanagh, chief executive of Harmony Energy, which provides power to the grid from six Tesla lithium-ion batteries in Poole on England’s south coast.

“Solar and wind are the cheapest form of generation in multiple countries, but you need that storage to make it work once you have got the renewable penetration to a certain size of your energy mix, like we saw during Covid,” he says. “Covid has . . . proven the business case [for battery storage] five years in advance.”

More than 97 per cent of the world’s energy storage is currently done by using electricity to pump water up to a high reservoir and then releasing it, which drives a turbine to create even more electricity, so-called “pumped hydro”. The reservoir of water acts as a way of storing energy. But these systems are challenged by geography and could be limited by increasing water scarcity in the future.

The advantage of lithium-ion batteries is that they can be placed anywhere and can provide power to the grid very quickly, as they do in electric cars. They can respond in milliseconds and generally provide up to four hours of storage, helping grids deal with sudden outages in electricity generation, but are less cost effective in the longer term. In the UK, the majority of large-scale lithium-ion batteries provide energy for 30-90 minutes.

And local residents such as Ms King worry about their safety, after a spate of battery fires over the past few years. There were 33 fires at installations in South Korea between 2017 and 2018 alone, and there have been more recent incidents in the UK and US.