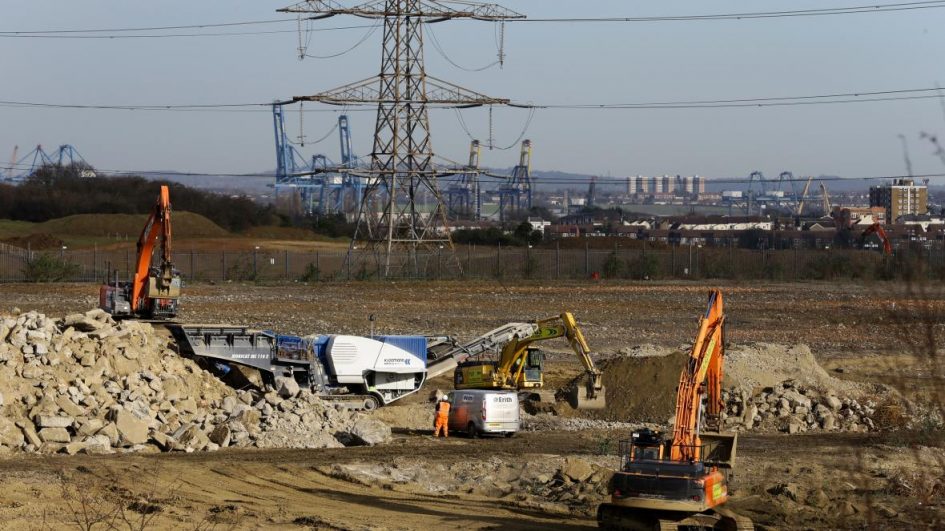 Green space the size of Cornwall lost since 1990
Article in The Times 9 July 2020. By Ben Webster, Environment Editor.

An area of countryside and green space almost the size of Cornwall has been lost to development over 25 years, a study has revealed.

Researchers used high resolution satellite images to produce the most accurate analysis to date of how the UK landscape has been altered by new housing, roads, industrial facilities, solar farms and other development.

The built-up area in Great Britain increased by 3,376km2 over the 25-year period, according to the study by the UK Centre of Ecology & Hydrology.

Researchers calculated overall changes in land use and found there had been a net reduction of 7,689km2 — 1.9 million acres — in the amount of grassland and playing fields. That includes woodland areas, which grew by 5,236km2, with Scotland accounting for two thirds of the increase. Trees covered 10.3 per cent of Great Britain in 1990 and 12.5 per cent in 2015. This is still only a third of the EU average of 38 per cent. The Committee on Climate Change has said 17-19 per cent of the UK should be woodland by 2050 to help meet a commitment to be carbon neutral by then.

Dr Clare Rowland, who led the research, said: “We have been able to produce the most reliable picture to date of the changes across the British landscape in recent years.

“Our data show the scale of grassland loss in Great Britain not only to make way for urban development but also woodland expansion. This information on how land cover in Great Britain has altered is crucial for understanding the impact of these changes on our environment, and helping us plan for the next 25 years.”

Tom Fyans, campaigns and policy director at the Campaign to Protect Rural England (CPRE) said it was “worryingly easy” for developers to build low-density housing estates “that unnecessarily gobble up our precious green belt, local green spaces and grasslands”.

Research by CPRE and UCL found low-density schemes were more likely to be poorly designed than those which fitted more houses into the same area.

Mr Fyans said: “We can tackle the housing crisis without unnecessarily concreting over precious grassland.”

Hilary Newport, director of the Kent branch of CPRE, said the government was focusing too heavily on the southeast to meet its housing targets despite the region already being at risk of water shortages.

Meanwhile, a global study by the National Geographic Society and Wyss Foundation has found that meeting a UN proposal to double the area of land and quadruple the area of sea that is protected – to a total of 30 per cent of the world’s surface – would yield £280 billion in annual benefits in terms of improving mental health, preventing climate change and reducing pollution. The report said that would outweigh the costs by at least five to one.